History: Located just off the Connecticut coastline, Fox Hopyard is a semi-private club designed by Roger Rulewich. The course opened in 2001 and followed in the footsteps of its sister course, Crumpin-Fox in Bernardston, Massachusetts. Fox Hopyard is considered one of the better courses in Connecticut and has earned the following accolades:

Value: 3/10, Fox Hopyard runs a bit on the expensive side with prices ranging from $119-$129 depending on the day of the week. Recently, the club switched to a more flexible tee-time system based on demand (great idea by the way), so I was able to find a much better deal.

Hole Descriptions: Fox Hopyard is the third Roger Rulewich design I’ve played (after Ballyowen and Meadow Brook), and I again found his work enjoyable here. While his courses haven’t quite reached national acclaim yet, he’s shown a knack for creating upscale public courses in the Northeast that are highly respected and rank among the state’s best.

Fox Hopyard is the most difficult of his courses I’ve played and is certainly one of the more difficult courses in Connecticut with an impressive 74.1/136 rating from the Tips. This is due to dramatic elevation changes and the fact that the majority of these holes are lined by unforgiving dense forests that gladly accept poorly struck teeshots.

The opening hole eases you into the round as a 374 yard slight dogleg right par 4. Although relatively straightforward, this hole features a tight fairway lined by thick woods. The most difficult aspect of this hole is the approach to an elevated and wildly undulating green lined by a bunker right and a steep drop-off short left.

The 2nd hole ramps up the difficulty quickly with a 383 yard par 4 that plays much longer as it runs uphill the entire way. This hole requires an immediate forced carry of 150 yards over a hazard, enhancing the intimidation. This fairway is more generous than most, but slopes severely right-to-left, leaving an even further uphill approach. This shallow back-to-front green requires at least one club extra and is guarded by two bunkers short.

Although it runs parallel to the 2nd, the par 5 3rd again runs straight uphill at 504 yards. Featuring another forced carry of 140 yards, this fairway is rather tight and lined by dense forest. You can’t see the green here until about 150 yards short, and this green is shallow, back-to-front sloped and sandwiched by bunkers short and long.

The signature hole at Fox Hopyard is undoubtedly the 184 yard par 3 4th, a stunning one-shotter that drops almost 100 feet from an elevated teebox. Although the three-tiered green is large, club selection is challenging and any miss is devastating, as 4 deep bunkers await short on either side.

At 486 yards, the par 5 5th also plays downhill and places a premium more on accuracy than length. This is a tight dogleg right with a bunker on the left at 285 yards and thick forests lining both sides the entire way. This is a true risk-reward hole that is certainly reachable in two, but features a creek golfers must navigate about 50 yards short of the green. I chose to lay-up short of the creek and was able to make birdie the traditional way on this three-tiered back-to-front sloping green.

The strong holes continue with the 6th, an interesting 345 yard Cape hole that’s absolutely drivable for longer hitters. This hole features an immediate carry over marshland to a diagonally angled fairway that gives the golfer many options off the tee. The further left you go, the longer the forced carry. A well-placed bunker sits short left of this large and relatively flat green.

The opening six holes are tremendous and really grab your attention, but the 7th is easily my least favorite hole at Fox Hopyard. The number 1 handicap hole, this 384 yard par 4 is overly convoluted and pure, unadulterated target golf. This hole plays as a severe dogleg left with two distinct fairways. Due to trees directly left of the teebox, the second portion of fairway isn’t reachable, so you’re forced to hit at most 200 yards to avoid running through the fairway into the trees right or worse water left. By virtue of the forced lay-up off the tee, golfers are left with at least 150 yards into a very narrow two-tiered green lined by bunkers on either side and water down the entire left side. Unlike the preceding holes, the golfer has virtually no options here.

The 165 yard par 3 8th must be Roger Rulewich’s favorite template: a medium-length par 3 over water to a wide, shallow green sandwich by bunkers. This same exact hole exists at both Meadow Brook and Ballyowen.

At 383 yards, the par 4 9th is a nice hole playing back towards the clubhouse. This hole features a wide fairway for the first 250 yards that becomes extremely narrow after this with three bunkers on the right and a hazard down the left. The real difficulty here comes on the approach to an elevated three-tiered green guarded by a large, deep bunker short left. The driving range lines the right side of this hole so beware of slicers!

At 400 yards, the 10th is a narrow, straightaway par 4 lined by tall trees on either side. This rather bland hole features a slight downhill approach to a large green guarded by a bunker short left.

The 11th begins a difficult stretch of holes as an 170 yard par 3. This intimidating hole requires a forced carry the entire way to a bunkerless two-tiered green that runs hard both back-to-front and left-to-right.

The number 2 handicap 12th hole is another very difficult hole as a 388 yard par 4. Requiring a forced carry of 135 yards, this hole actually features a wide fairway initially for the first 260 yards. At this point, the fairway narrows to almost nothing with a hazard down the right extending all the way to a shallow green guarded by a bunker short and tucked to the right.

At 429 yards, the 13th is a long, challenging par 4 playing as a slight dogleg right. Featuring yet another forced carry of almost 200 yards, this hole calls for a left-to-right ballflight to avoid running through the fairway. This approach plays slightly uphill to a large severely back-to-front sloped green guarded by a bunker short left.

The 14th hole is a long, difficult par 3 at 199 yards with an elevated green. There’s not much danger on this hole, but a well-struck long iron or hybrid is needed to find this putting surface and avoid a steep bunker short. An easy bogey, but hard par.

On what’s already a long back nine, the 15th is the longest hole at Fox Hopyard as a 534 yard par 5. This dogleg right is almost certainly a three-shot hole with a very narrow teeshot to a small landing area. This dogleg occurs at only about 230 yards, and this is your ideal drive; anything further right is dangerous and not worth the risk. From here, the hole meanders to the right with a notable creek about 50 yards short of the green. This large, undulating green is also guarded by a bunker short.

After a good front nine, my scorecard was already hemorrhaging by the time I reached the 220 yard par 3 16th. This long one-shotter features a teeshot through a chute of trees to an almost 50-yard long narrow green guarded by bunkers on either side.

While the closing two holes are fine holes, they are much more open with no trees and fit in with a course like Ballyowen more than the first sixteen holes at Fox Hopyard. The 17th is the longest par 4 on the course at 436 yards. Featuring a blind teeshot, this dogleg right plays slightly uphill with a hidden bunker on the left at 260 yards. This approach plays uphill to a large green guarded by a bunker short and a large crossbunker about 60 yards short for those who require a lay-up.

The closing hole is a long, straightaway 528 yard par 5 with another generous fairway. The only danger on the drive comes in the form of bunkers on the left at 220 yards and right at 275 yards. Water lines the right side of a very narrow fairway for the final 160 yards, leading to some interesting decisions on the lay-up. This fairway is additionally constricted by large bunkers on the left 75 yards short and one just short of this narrow green.

General Comments: Fox Hopyard boasts a wonderful grass driving range with unlimited balls and plenty of room to hit every club in the bag. The clubhouse is also private-club caliber with great views overlooking the course and timeless New England architecture. Pace of play was average when I played, but marshalls arranged for us to play through a slow group, which was appreciated.

Verdict: Located just off the Connecticut coastline, Fox Hopyard is another upscale Roger Rulewich design featuring dramatic elevation changes, good conditioning, and strong variety. Although not an elite course, Fox Hopyard is certainly one of the best public options in Connecticut and worth a play. 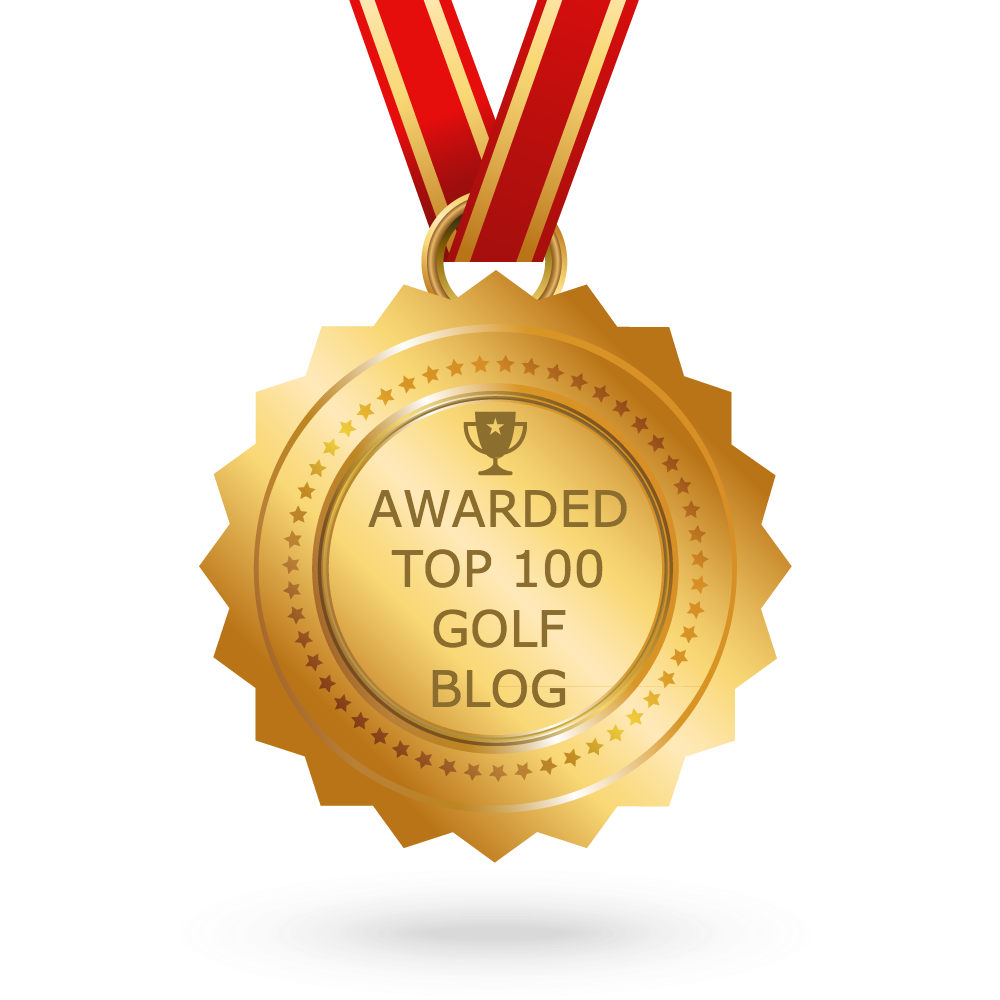 The opposite of a diamond in the rough, Poxabogue Golf Center is one of the lone public options in the Hamptons surrounded by giants Shinny, National, and Maidstone. Designed by Alfred Tull in 1962, this 9-hole Muni features three short par fours and six par threes. Locals swear by it but I can’t say I share their enthusiasm given the course’s cramped feel and rough conditioning. Perhaps this is a good place for beginners to learn the game, however. Course played #252
On a return visit to CC of Scranton this summer, I had the chance to check out the Club’s 9-hole Falls Course as well. A 1988 addition by Michael Hurdzan, this nine is tighter and more modern feeling than the famous Old Course with much easier greens. The two courses feel very different, but this is arguably a good thing as it gives members a nice contrast. Here are some pictures from the round, including my favorite on the course, the par 3 8th Lion’s Mouth. A solid extra course for members and worth a guest’s time after a round on the Old Course. Course played #240
Was fortunate to snag a last minute tee time at Bethpage Black last week in absolutely beautiful November weather and the course really showed off as it always does. I understand the critiques of the course (straightforward greens, no short par 4, weak closer, etc) but always find myself having an absolute blast here. No matter how many great courses I see, Bethpage always holds a special place in my heart. This was my fourth visit and the course again demonstrated its difficulty albeit fairness. Once again, I am always struck by how the easiness in the course is pretty much all found on the first 8 holes and the remaining 10 are literally survival mode holes. Can’t wait to get back!
Great River Golf Club - Milford, CT (Tom Fazio, 2001)
The par 5 7th hole is another highlight at Cabot Cliffs. At 589 yards, this is the longest hole on the course and a fairly deserving number 1 handicap. As you can see in the first picture, this teeshot is quite intimidating playing uphill over water with a significant forced carry. Once on the fairway, this hole turns right and is a true 3-shot marathon. I really like how uneven this fairway is, yielding some tough lies. The second picture shows the approach which plays to a right-to-left sloping green defended by two deep bunkers short.
A few shots of the 5th hole, my favorite hole at Cabot Cliffs. This wonderful Cape par 4 sits on the southernmost tip of the course and takes you back to the Gulf of St. Lawrence. This hole is visually mesmerizing and features plenty of options for the golfer off the tee. A giant bunker sits just short right of a Redan-like green at the end. This hole is so much fun and is one of my favorite holes anywhere.
Loading Comments...
%d bloggers like this: